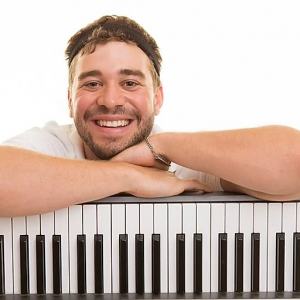 Mike O'Connor hated practicing for piano lessons, so he just decided he was going to make all his music up on the spot.

Mike has been supporting improvisers from behind a keyboard since 2012, when he joined the musical improv troupe That Racket! in Austin, TX.  He played with them for four years, as well as at dozens of other shows at Austin’s Hideout, Institution, Fallout, and Coldtowne Theaters.  Mike has previously served as the accompanist and musical director for Over the Lege, the ONLY Texas-based political comedy satire variety show.  He has an undergrad in composition and a PhD in Environmental Sciences, and when he’s not quietly subverting improv shows, he’s working on climate and energy policy on the Hill.

Mike is ecstatic to join this heralded troupe of spectacular improvisers.