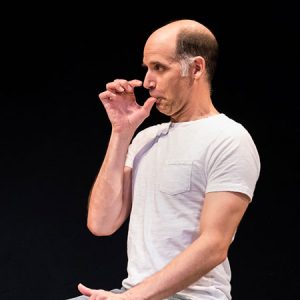 He was a cast member in the DC based comedy pilot, Capital Gym, which was entered in the 2009 NexTV Pilot Competition and has appeared on the Food Network’s Dinner Impossible with Chef Robert Irvine.

He has studied improvisational comedy at the Upright Citizens Brigade and The Magnet Theater in New York, Improv Olympic and Annoyance Theater in Chicago and Los Angeles, and at the Washington Improv Theater and DC Improv in Washington.