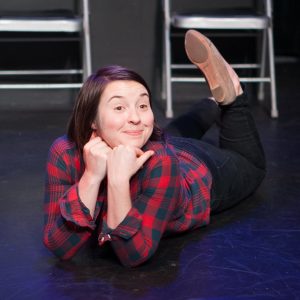 Ashley Siebels is a fierce improviser and has studied it all across this great nation, but she thinks utilizing our skills as improvisers to develop sketches is the jelly part of this comedy life donut.

Ashley Siebels has written for House sketch team Milwaukee at the Magnet Theater, Wink Planet at Coldtowne Theater, and Killing My Lobster in San Francisco. She has studied improv to sketch techniques at Second City, Coldtowne Theater, Annoyance Theater NYC, and with Phillip Markle at Brooklyn Comedy Collective.