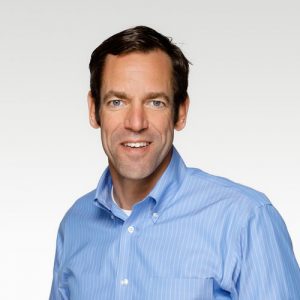 Q&A: Why the General Counsel of the Human Rights Campaign Does Improv

In January 2017, Rob Falk—the General Counsel for the Human Rights Campaign—decided to add improv to his skill set and signed up for a Level 1 class with WIT. Nine months later, he just completed Level 3 and participated in an Improvapalooza show called Improvised Campfire Story.

Read on to learn why Rob chose to do improv, how it helps him in his work at one of the country’s leading LGBTQ advocacy organizations, and why he keeps signing up for more.

Can you tell us what your typical day-to-day is like serving as the General Counsel for the Human Rights Campaign?

The Human Rights Campaign is the world’s largest civil rights organization that advocates for the LGBTQ community, and I serve as the chief business lawyer for the organization. Much like improv, there’s no routine. I may have plans for the day, but by the time I sit down at my desk, I usually have 5 requests, and at least two of them are urgent.

So, I go with the flow, trying to figure out what the priorities should be, finding the balance between these urgent requests and the commitments I’ve made to my other internal clients. I wish I considered all of the requests “gifts,” but mostly they are problems that need to be resolved so my colleagues can respond to a rapidly changing world.

Why did you start doing improv with WIT?


In November of 2016, I was out on the campaign trail, driving four strangers through rural North Carolina to knock on doors. We had a lot of time in the car, so I was playing James Lipton, asking Inside the Actors Studio-style questions. One question I asked my car-mates is where they find their zen.

One guy (thank you, WIT’s Geoff Corey) responded that he found his peace while doing improv. I found that response highly unusual, so I asked why.  He responded that when he does improv, he has to be so focused on what his teammates are doing that he forgets about the rest of his life. I was intrigued.

The thought of doing improv seemed both really scary and really fun.  So I jumped in.

You just completed Level 3 (Congratulations!)—what makes you keep coming back for more?

First, I love the challenge. There are so many contradictions. You’re told to think and then don’t think. It’s a totally new skill, and I love the learning something new, along with the ups and downs.  Second, it’s a license to play. It’s nice to get out of adulting, and to just be silly without judgment.  Finally, I’m enjoying getting to know this wacky community.

Have you learned anything from improv that has helped you in your professional life?

I find myself playing with different voices with my clients at work.  It’s a helpful strategy when you are trying to get people to listen to you and pay attention.  And when you are in-house counsel, you’re always playing the game, “Yes, and…”.  I find myself using that phrase a lot more in my day job.

How about in other areas of your life?

I think more about how to make conversations with my friends more playful. Why not throw a random line out there and see how people respond?  It’s led to many good conversations.

What has been your favorite memory from your classes (and showcases) thus far?

The level of excitement from all our teammates after having a really good Level 3 showcase run was an incredible reward. I think we all had worked hard to deliver that performance, and it was great to have the audience appreciate it.  And I have to say Kenny’s (a member of my Level 3 class) “Dirty Elmo” will be a lifetime favorite. (You can meet Dirty Elmo around minute 42 of this showcase video!)


If you could describe your improv experience to others in one sentence, what would you say?

It’s the challenge of supporting teammates in the effort to unleash the power of a child’s imagination.

Want to follow Rob’s pass and join the magic of improv? You can find out more about our classes here.