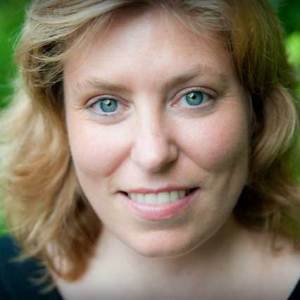 WIT’s Lisa Kays on the Parallels Between Therapy, Good Living, and Improv

Q&A with Rick Adams: WIT student, TV host, and the voice of a talking piece of sushi 3 improv games to play with your kids

Lisa Kays isn’t just a longtime WIT teacher and performer on the indie team Neighbors, she’s also a licensed social worker who is passionate about improv’s mental health benefits. Lisa is in the middle of her first Improv for Mental Health Professionals class, which helps practitioners apply the lessons of longform improv. She recently spoke to us about her new class, how she got into improv, and which troupe mate she admires.

What inspired you to take your first improv class?

I was going through a significant life transition, and not a positive one. I had a rough few years. A friend of mine had a new job happy hour and there I met Topher Bellavia, who worked at WIT at the time. After some persuading, including him promising me I would not be “the worst in the class,” I agreed it would be a good idea. I think it took me a year to finally sign up. I didn’t even know what improv was. I think I thought it was stand up. I don’t even know if I thought anything! I was clueless. I’d always been told I was funny though and wanted to try it out, so I was grateful to have someone finally give me a reason.

What is your favorite part about the teaching improv/the WIT community?

Everything. The WIT community felt like a lifeline to me to the world of arts and creativity that I had felt so removed from in the intellectual, Type-A world of DC. I will never forget how in my classes, it was the only space where we didn’t ask the typical D.C. “What do you do?” question. We didn’t care, I guess. We were having too much fun. In fact, I was shocked to learn that a classmate of mine through a number of classes worked for Fox News. We were like, “We’ve crossed enemy lines!” I still let him give me rides home on his motorcycle. It was very healing for everyone involved.

I love teaching because I love watching people discover the fun and play of improv and in themselves and to learn the ways that they might be holding themselves back. I love watching people be surprised when they can access parts of themselves they didn’t know were in them anymore. Yelling?!?! What? I just acted like a ridiculous blind snake and everyone cracked up?!?! What? It’s very joyful in those moments and I love it. I also see people change in my classes…loosen up, go from totally reserved to absolutely hilarious and loud, go from thinking they having to be the funny guy and be witty to learning that it’s so much more fun to just be supportive and let go of all that pressure, go from somewhat isolated in their lives to very connected to this community. People blossom, to be totally cliched, and that’s not something you see all the time in the adult world. And they laugh. A lot.

Now that I’ve been involved in improv for so long, I probably take for granted how much the constant exposure to laughter benefits me, but it’s something I’m not sure most people have enough of. It’s wonderful to be in an environment where that’s pretty much all that’s happening.

On another note, I’m very inspired by and proud of my students. I’m one of those teachers who I think is better at teaching than performing, and so when I see former students who I had in their first class and they’re now teaching or in troupes or submitting tons of shows and bringing together people for Improvapalooza, that gives me a lot of hope, because for many of them, I know where they started, and that it was a struggle, some of this, for different reasons. I think it’s easy to take that progress for granted but I get to constantly be reminded of what the beginning looks like and then see the end result when I go see a former student’s Harold night or ensemble show a few years later. Those have been some of my favorite moments, looking out on stage and being like, “Oh my God, that’s XYX! He would barely speak his first day. Now look at him!”

I know I can’t take credit for all that growth, but knowing the beginning and later part of that journey for people is pretty cool. And it reminds me of my own, and that’s nice, too.

I do see improv as a journey, actually, and not a destination or a performance. I view it as a life practice, like meditation or running. It works brain and body muscles we’re not usually encouraged to work out. I see the impact that has on myself and others and that’s been a great joy for me.

You are teaching a class on improv for mental health professionals. Why did you conceive the class?

Ever since I started social work school, a few years after I started improv, my mind was blown when I saw all of the parallels between therapy, good living, and improv.

I knew that I wanted to integrate the two and so all of my research in grad school was focused on that. I thought I had invented this idea, by the way, and was humbled to learn improv was created by a social worker and that others had been writing about this and using the tools of improv in therapy for years.

Once I started my private practice as a therapist, I could turn my attention to figure out how to start a program that integrated improv and therapy beyond just the small exercises I sometimes do with patients.

This year it’s sort of all came together, as in addition to doing a lot of continuing education trainings for therapists in improv, a few therapists I know kept asking me about taking an improv class or randomly bringing up or asking me about my improv work. It occurred to me that there was something there, so I approached WIT to ask if I could do this special section in order to allow therapists to take the Foundations class and to deepen the learning by being able to discuss and process what we were experiencing in terms of our own anxiety, what our patients go through, how we might apply what we were doing in improv to our work, etc.

A lot of therapists also refer patients to improv for various reasons, as do I, and I thought this would expose therapists to what it’s about and what it might feel like for their patients, which would allow them to really use the improv in their therapy and to talk about it from a place of direct experience.

How is the class going? What are some of the discoveries you’ve made?

It is SO COOL. Like most things in improv, it’s leading to a ton of discovery of things I hadn’t even imagined when I conceptualized it.

The way we structure it is we do a standard Foundations class but I leave about 10 minutes at the end for what therapists call “processing,” which basically means talking through something from levels of how you felt, what you thought, etc. The frame for the discussion is both what came up for the therapists/students as people themselves and then in terms of their clinical work.

I absolutely love the processing time. The therapists’ reflections include a lot of new awareness of their own anxiety and that critical voice that we have that tell us to hold back, shut up, take on too much responsibility, etc. and then they’re noticing how that impacts their work with patients via how it impacts their scenes.

One theme that’s coming up again and again is this idea of presence. In scenework, they’re noticing how hard it is to give up your idea if your scene partner goes in another direction. A huge example was a scene that started off looking a lot like a bank robbery, i.e. “We gotta get in and out of this bank as soon as possible!” But the scene partner responded with, “I know, you’re mom’s in the car!” The first person had trouble letting go of the bank robbery and so the scene got tangled. We noticed it got easier when she let go of that and just listened and responded to why it’s so important to be fast if mom is in the car.

This comes up all the time with patients, as therapists will have a preconceived idea of what this patient is like or what sessions are normally like or a plan of what to cover that we think is brilliant. As a result, we sometimes miss subtle changes in the patient that day or miss an opportunity to go in a new direction.

So a lot of our discussions are about this idea of being in the moment and listening to every layer and detail and how much that can shift a scene, our work with patients, or really, any human interaction.

Who is someone in the WIT community you admire?

Honestly, the first person who is coming to mind is a former student, Nic Small. He came into my Foundations class years ago and said in the intros that he had severe social anxiety and was terrified to be there. He was so shy and I could tell that he really struggled with the first few classes. But then he started opening up and he would tell these hilarious stories during Stretch and Story or on breaks about how his social anxiety manifested at work, and we would all be cracking up. I still remember one of them and this was years ago.

I absolutely adored him and thought he was very talented–creative, fun, and so supportive of others. By the end of the class, he was doing just fine and you wouldn’t have known the social anxiety was even there. He completed the curriculum and now he performs all the time and is a staple part of the scene in D.C. I actually recruited him into a troupe I’m in so we now play together side by side and I find that to be just the best. Anyway, I think knowing how hard it was for him to walk into that room and seeing how far he’s come, and probably the fact that I see him all the time at rehearsal, keeps alive how impressed I am by his bravery and that he hung in there.

I’m a bit of a natural ham, so the performance anxiety aspect of improv wasn’t that hard for me. I can’t imagine doing it if it was a real struggle and I so admire people who come forward and conquer that fear.

What was the last thing that made you laugh out loud?
It was last night. I had gone to personal training that afternoon and was sore. Somehow I ended up on the floor next to our couch, I think because I couldn’t stand up regularly? I have no idea. Anyway, my process of getting up was so laborious and involved so much grunting and drama that I guess it ended up looking like a workout. My husband immediately said, “You should do one more rep! Our trainer believes in multiple reps! Here, let me try!” and he got down and mimicked my attempt to stand up. For some reason I died laughing, taking breaks only to remind him of my semi-recent C-Section. He’s a jerk, but he’s an entertaining jerk.

Think improv sounds like a blast? Well, it is! Sign up for a Foundations of Improv class today! Lisa’s next section of Improv for Mental Health Professionals begins April 1.