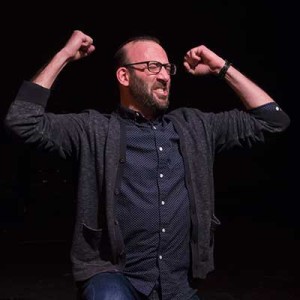 Calling all Pirates, Robots, and Ninjas! Your mission awaits

Want to direct for WIT?
Let us know! A Guide to Famous Pirates, Robots, and Ninjas

Whether you’re a pirate, a robot, or a ninja, it’s time to use your superpowers for a good cause!

For the second year in a row, Washington Improv Theater received an Upstart grant from the DC Commission on the Arts and Humanities. Thanks to this grant, the commission will double every dollar WIT raises this spring! WIT is raising $15,000 toward this match (which doubles to $30,000!).

We’re kicking off a competition

We’re launching a friendly competition among everyone who loves WIT. Renowned improviser and teacher Billy Merritt famously hypothesized that improvisers come in three types: free-wheeling pirates, logical robots, and stealthy ninjas. We want to find out which group can raise the most toward this match (we’ll ask you for your affiliation during checkout).

Don’t know which one you are? Take our quiz to figure out if you are more likely to attack like a pirate, compute like a robot, or cut like a ninja!

Here’s how it works

Giving to WIT won’t just help you support the District’s home for longform improv; you’ll also gain glory for fellow pirates/robots/ninjas and get some sweet swag along the way!

Check out the perks*:

Get admission to our Pirate Robot Ninja party at Johnny Pistolas on May 30, from 6 PM to 9 PM. You’ll also get access to our drink specials ($3 Tecate, $4 Pacifico, and $6 margaritas).

Get admission to the party and an exclusive Pirate Robot Ninja t-shirt! Make your donation by May 21 to guarantee we’ll have your size in stock so you can pick it up at the party.**

Get admission to the party, the Pirate Robot Ninja t-shirt, and a Washington Improv Theater logo mug.

Get admission to the party, the Pirate Robot Ninja t-shirt, a Washington Improv Theater logo mug, and your name on the WIT homepage after the conclusion of the campaign.

GO AHEAD, HAVE YOUR DONATION DOUBLED

Most importantly, you’ll support the District’s home for longform improv. Every DOUBLED donation will go towards:

Get in on some friendly competition and help WIT

Who will raise the most? The bold pirates, the calculating robots, or the stealthy ninjas? The team that brings in the most will receive a week of domination on the WIT homepage and Facebook.

DONATE NOW IN THE NAME OF PIRATES ROBOTS AND NINJAS

**If you claim a t-shirt, $11 of your donation will not be tax-deductible