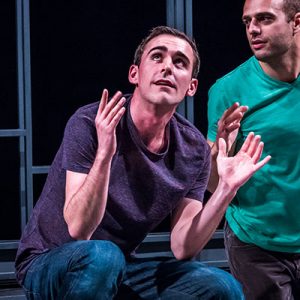 Will Setrakian grew up in San Francisco, CA. He has been improvising informally since age three and began the formal study of improv while studying at Stanford University.

Will’s improv education was based on the writings of Patricia Ryan Madson’s and Keith Johnstone (and he strongly recommends “Improv Wisdom” to everybody). Will was a creative director of the Stanford Improvisers, where he worked in everything from improvised musical theater to improvised Shakespeare.

When not utilizing the tenets of improv, Will works as a Paralegal at the Department of Justice. Will is a recent transplant to the DC region, thinks every improv scene makes you better, and hopes he hasn’t already read the best book he will ever read.