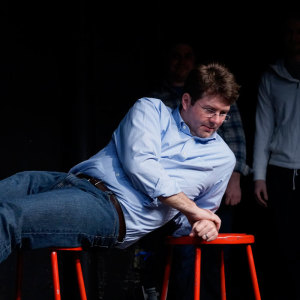 Sean Murphy has worked with Washington Improv Theater since 2002.

Sean is a graduate of the WIT training program, was a founding member of the longform improv ensemble JINX, and credits WIT for giving him the courage to embark on an acting career.

As seen in
HBO's Veep