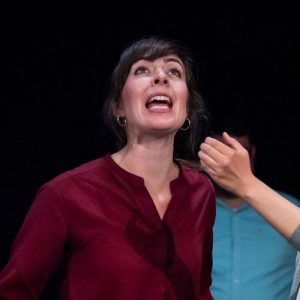 Alexandra Tucci wears her eyebrows thick and your patience thin.

Alexandra trained at Dad’s Garage Theater in Atlanta, Ga. and WIT in Washington, D.C.  She performs on the WIT team Heirloom and the indie team Milk on the Rocks. In addition to improv, she enjoys storytelling, sketch comedy, and melodramatically throwing herself on the couch after a long day.

Originally from Alabama, Alexandra has yet to embrace the concept of ‘”snow.” Quick warning that if you talk to her for more than two minutes, she’ll probably bring up that one time five years ago when she lived in France. In her free time, Alexandra likes to eat pasta, watch college football and listen to the voice of Terry Gross, the award-winning host of NPR’s “Fresh Air.”