WIT’s partnership with ASAP provides catharsis and community for veterans

Anyone who studies improv knows how cathartic it can be to be present and in the moment. In a project supported by the WIT Community Fund, WIT recently began a project that shares improv with veterans.

In the fall of 2019, WIT launched its first collaboration with the Armed Services Arts Partnership (ASAP)—an organization dedicated to cultivating community and growth with veterans, service members, military families, and caregivers through the arts. The class, taught by veteran and WIT teacher Pete Bergen, included Desiree Rivera and Bill Harper, who took some time to talk about the class’ impact.

Tell us about yourself. How long were you in the armed services? What inspired you to join?

Desiree: I’ve been in the Marine Corps for 5 years, and am currently still serving. Both of my parents served, so it was just one of those things I figured I would end up doing myself as well, and eventually did.

Bill:  I’m also currently serving and have been in the Army for slightly longer than Des.  I was inspired to join because after a few years, I realized that I identified as a Soldier and enlisted in the Army National Guard and later became an Officer. 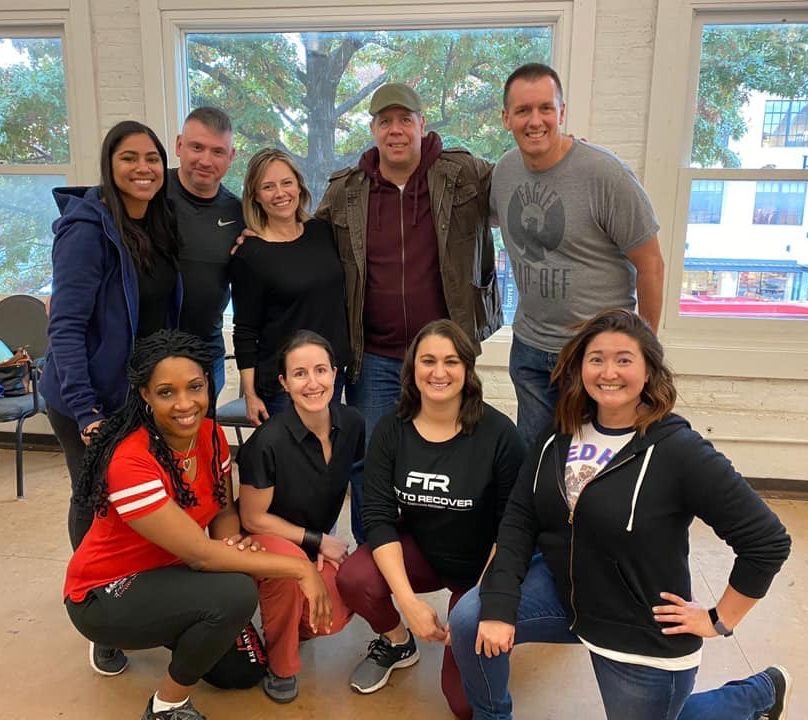 Desiree: No, I’ve actually never done any form of art prior to this, whether it’s theater or painting or anything musically.

Bill: I did workshops with Shawn Westfall and Pete Bergen but had never tried improv. I got into performing/comedy this year when I took a storytelling workshop, and later a storytelling class, with ASAP.  In the last year, I’ve done both storytelling and stand up comedy.

What were you expecting the class to be like when you signed up?  What did you hope to get out of it?

Desiree: Truthfully, I had no expectations for this class. I figured even if I had no talent in this form of artistic expression, at a minimum it’s a good social skill to have and what’s the harm in a laughing for a few hours a week.

What did you get out of the class?  Why would you recommend it to another person?

Desiree: I was able to have a good time with like-minded people who were also willing to be vulnerable enough to embarrass themselves alongside me. I gained a new hobby I thoroughly enjoy and am currently signed up for Level 2.

I appreciated having a sense of community and to have an interest in something that is separate from the military, where the ultimate goal is to just have a good laugh. I would absolutely recommend it a thousand times to anyone.

Bill:  Yes to what Des says. I also gained an appreciation of how and why improv is so much different than other forms of comedy: I grew up enjoying sketch and stand-up and like everyone out there, I did not understand improv. I’ve always been someone who rehearses and goes into things with plan on how it should go. What Level 1 taught me was not to just throw away the plan, but to be confident in not having one to begin with. I’m learning stand-up now, but plan to do Level 2 at a later date and will certainly take advantage of WIT’s weekly practice sessions. This is sort of a difficult question, because I would recommend any similar training to a person depending on his or her interests; however, I would tell everyone to learn the basics of improv.

Specifically through the lens of your experience as a veteran, how did this class impact you?

Desiree: Prior to this course, over the past year, I was struggling with two separate military-related deaths of two very dear friends of mine. I was sad and angry and all the emotions you usually get when grieving. I started to distract myself with comedy, whether it was movies, stand ups, etc. This class gave me a healthy distraction from the stress of work and the often serious environment that the military often provides. Like I mentioned before, the one thing the military does do is provide that sense of community—it was also nice to find that feeling amongst other veterans looking to enjoy and express themselves through comedy.

Being able to start this journey with other veterans, those who kind of understand where you come from, made it easier to be able to open up and not have the worry of, “Oh, is my humor going to be dark for them?” because chances are they all have similar dark humor too.

Bill: I’ve learned over the past year that the community of veteran performers, in all genres and media, is bigger than the average person would realize. I saw this earlier this year when Adam Keys, a Service Disabled Veteran, was almost selected to host the Academy Awards.

My honest belief is that we will see veterans in the arts continue to grow.  Many veterans have either recently discovered or rediscovered the value of these artistic experiences. In a way, this is surprising, but it makes a lot of sense if one looks closely. Those who serve or have served are very close and very inclusive. This past year—whether it was with storytelling, stand-up comedy or improv—I’ve seen that these arts and their performers are also very inclusive.

What I got out of the class was an opportunity to continue in this community and be a part of its growth.