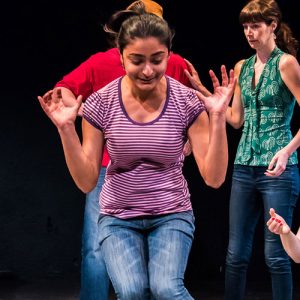 WIT’s most recent round of Harold team auditions resulted in the casting of 17 new players. As in the recent cycles, several Harold players will move to different teams.

The Harold team After Pie will be retired and a new team will be created beginning in June. After Pie’s final performance will be May 22.

These auditions gave WIT the most proportionally diverse group of players cast in Harold teams yet. Seven of the incoming 17 players (or 41%) are people of color. Nine (or 53%) are women.

The new composition of WIT’s Harold teams are as follows: