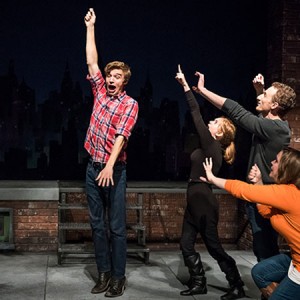 Q&A with Kate Symes: On improv and yoga, finding truth in comedy, and tequila Q&A with Eva Lewis

After the most recent audition cycle, Washington Improv Theater will welcome sixteen new players to its Harold teams.

Current teams Discoteca! and Blot will have their last shows on Dec. 29 and Jan. 5 respectively. Players from both of those teams will be included in two new teams that will be coached by new Harold team coaches Ceci De Robertis (Discoteca!) and Zac Chase (Love Onion).

Thank You For Sharing will feature the same cast under new coach Taylor Edwards, who will depart from Richie. Madeline will not add any additional players and Kate Symes will remain the team’s coach.