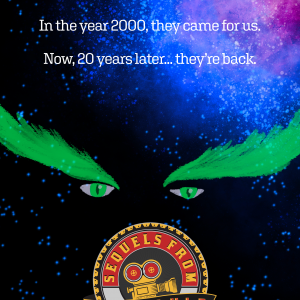 Sequels From the Vault Launches Its Second Season

Forget the stress and be present: Yael Rothman WIT weekend events kicks off this Saturday with a round of Codenames

Sequels From the Vault—a show where seasoned performers improvise sequels to movies they have never seen before—launches its second season on March 15 with a sequel to a sci-fi movie once dubbed by Roger Ebert as “unpleasant in a hostile way.”

What is this infamous movie? Both the audience and the performers will find out on March 15 at 8 PM.

Once a month, Sequels From the Vault will retrieve a sequel to a classic film that has never been seen before. The only catch? The sequel is entirely made up on the spot by a group of actors who have not seen the original film.

Helmed by Saleh Karaman (Nox!) and Alex Kazanas (Starship Odyssey), Sequels From the Vault invites you on this cinematic voyage with special guest hosts, a rotating cast of performers, and an unintentional skewering of your favorite films.

Mark your calendars for the next few months of Movie Monday sequels: