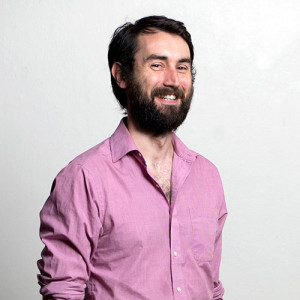 Jonathan Murphy, executive director of the Providence Improv Guild, will join Washington Improv Theater’s staff in February as the organization’s education director. Jonathan’s background as an arts administrator, teaching artist, information technology specialist, and as an improviser will help him foster the next phase of growth for WIT’s education programs.

A former DC resident and a WIT alum, Jonathan returns to the District having helped build a thriving improv scene over the past two years in Providence. As executive director of P.I.G., Jonathan’s strategic thinking and tireless energy helped the organization nearly quadruple its class enrollments over the past two years. As part of his education-first approach for the theater, Jonathan put in place a strong emphasis on customer service, a rigorous teacher selection process, teacher professional development, and a proactive approach to community-building.

In addition to his role leading the P.I.G., Jonathan served as IT Director of the community arts organization AS220. At AS220, he not only used his expertise to fix and optimize the organization’s infrastructure, he worked with management to use technology as a platform for operational efficiency. His work included helping the organization’s development team create an optimized donation database, creating time-saving software integrations, and working with leadership to find and manage physical arts spaces.

“Jonathan’s experience building and running a classes program much like WIT’s will be a great asset to his work here, as will his systems thinking abilities, his passion and expertise in our craft, as well as his astounding work ethic,” said Mark Chalfant, WIT’s artistic/executive director. “He is in it to win it. It was clear in our interviews, and from his glowing references, and from my own recollections of interacting with Jonathan when he was in DC, that he’ll be a thoughtful, sharp, and proactive addition to the team.”

A graduate of Reed College in Portland, Ore., Jonathan is also an active performer. He is a member of P.I.G. crowd favorite, Hell’s Lemonade, a three person monoscene, and Pyschotronic, a duo that focuses on pulp fiction narratives. He recently directed an improvised talk show, called the Gary Butner Show, which blends the line between sketch and improv. In his time in Washington, D.C. he was a member of the WIT Harold team Telenovela and a founding member of the indie troupe Sistine Robot.

Jonathan’s first day in the office will be Feb. 11.