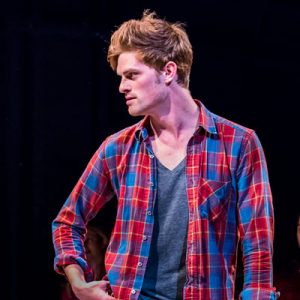 Originally from NC, Tyler arrived in DC via Chicago. He is still waiting on that old-timey Hollywood agent to call him back.

In 2013, Tyler stumbled into his first improv class at Second City, Chicago after his roommate woke him up from bed and told him that they were going to something called an “improv class.” Luckily for him, it was the best thing ever. He has since poured countless dollars into the pursuit of improvisational comedy. He has trained at both The Second City and Washington Improv Theater. Tyler is also a member of the independent team Trustfall. He once ripped his shirt on stage—not by force, but by accident.

He has only been to one psychic in his life, to whom he paid ten dollars. Her only “readings” were that he “liked water” and that he “probably wouldn’t live alone.” He has lived by those words ever since.