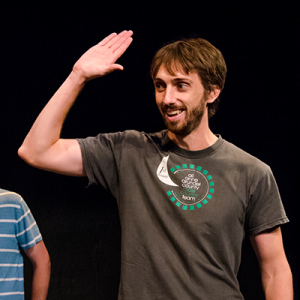 Patrick joined WIT after years of meaning to join and putting it off and then realizing it was too late and saying he'd write it down but then forgetting.

Patrick spent most of his young life watching Comedy Central and has used that a guide ever since. Before finishing WIT’s curriculum he spent time doing short-form improv, sketch, and stand-up. He’s happy that this is where he ended up.

Patrick is also a member of the duoprov group Paterick. When not performing he runs, bikes, and worries.