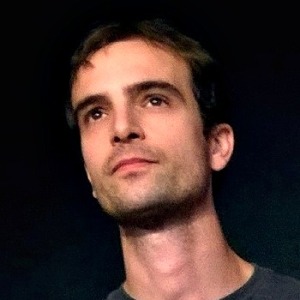 He is a member of independent troupes Press Play and Mr. Meaner as well as the Washington Improv Theater company ensemble Season Six. He has studied at WIT, DC Improv, Upright Citizens Brigade, and the San Francisco Comedy College, and performed in festivals around the country, including the Del Close Marathon (NYC), the Chicago Improv Festival, and the Boston Comedy Arts Festival.

In his spare time, Jon enjoys playing with his black cat Sheldon, running in Rock Creek Park, and building Legos (they’re not just for kids).

Jon Chesebro hails from the suburbs of Boston by way of rural Minnesota.

He has been studying and performing improv in Washington DC since the winter of 2010. He has completed the WIT curriculum and also studied at DC Improv, ComedySportz and the San Francisco Comedy College. He currently performs with WIT ensemble Season Six and indie group Press Play. Jon has performed at many venues in the DC area and in festivals such as the Del Close Marathon in New York City, the Boston Comedy Arts Festival and the Harrisburg Improv Comedy Throwdown. When not doing improv, he has been seen jogging in the Columbia Heights area and is known to attempt stand-up comedy. Jon believes improv is a way of life and is excited to share his love of improv with others.

“Jon is unendingly positive … is stalwart, generous, and talented”