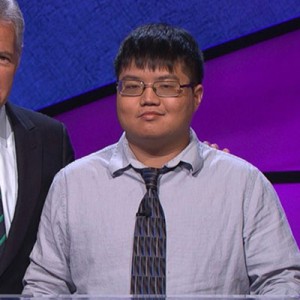 WIT Alum and Jeopardy Champ Arthur Chu: WIT helped make me the person I am today

Work at WIT: Now accepting applications for administrator Quiz: Which famous Ninja are you?

Arthur Chu is a former WIT student and independent troupe performer. Last March, he rose to fame as a multi-day winner on the game show Jeopardy!, using unconventional strategic techniques to advance game after game. Arthur is the fourth highest-earning Jeopardy! champion in non-tournament gameplay.

In comedy, I’ve always been fascinated by jokes where you really “had to be there”. As someone who lives 99% of my life trapped in my own head and who has a habit of intellectually dissecting things to death, there’s nothing like the pleasant frustration of trying to explain to your girlfriend why some silly throwaway gag brought down the house, because of the unique, irreproducible context of the moment it came from.

I’ve loved improv since watching Whose Line Is It Anyway? as a wee lad. During college, I tried out repeatedly for Vertigo-Go—the legendary improv troupe of my alma mater Swarthmore College—but never made it in because of my lack of acting experience (and also just the fact that I was a socially inappropriate and unlikable student). I became a huge improv groupie, though, and attended every Vertigo-Go show I could.

One of the things you want to do when you live in your own head is break out of it, to really try to experience life from other points of view. Acting has always meant that for me. So, when I came to DC one of the things I made myself do was sign up for conservatory classes at Studio Theatre, largely because Studio had a reputation for being really hardcore about making you learn acting like a professional and not feeding you fluff. They were indeed very hard on me, and the reason I wasn’t allowed to move up from my Intro to Acting class is that I was overthinking things, unwilling to be spontaneous and to just trust the moment. My teacher recommended I try improv to loosen up on stage a bit—and, well, WIT was right there.

I was very lucky, because my first WIT class was packed with smart, interesting people that I connected with really quickly and became my core group of friends in DC. (It wasn’t just me, my classmates Amy and Russell started dating because of that class and are now engaged.) We went on to become a troupe, Rule 34, and I continued to perform with them until I moved to Cleveland.

Improv became a pretty big part of my social life. I was open about initially seeing it as a tool to practice for stage acting, but it developed into something I was really into for its own sake. One of my classmates, Lucia Graves, wrote about it when I was on Jeopardy. I had a constant fountain of ideas but my main challenge was to learn not to stage-manage and to trust my partners. I learned that the “Yes, And” attitude is a great rule of thumb for life.

Before last year I would’ve mostly credited WIT with setting me on a path to a happy life as a working actor in the community theater scene in Cleveland. Then Jeopardy happened.

It’s funny because my 12 episode stint on Jeopardy! was well known for me being hyper-focused on winning and not being very personable, engaging or humorous—sort of the opposite of what improv is supposed to teach you. But improv helped me to have the courage to go in front of the audience and do what I needed to do. I needed the confidence improv gave me to go on Jeopardy at all (and especially to go up and win a lot of money with a strategy I knew might rub people the wrong way). I said in interviews at the time that it’s that actor mindset of being “in the moment”: I’m here, I’ve got a mission, let other people worry about how I look or sound or come off. That enabled me to do what I did.

When I won a crapload of money on Jeopardy! I started planning my charitable donations for the year pretty early. I set aside a big chunk for charities I thought of as objectively important for the world as a whole—global warming and other boring stuff—I also told myself that I needed to give money to the institutions that made me the person I am today.

That meant Studio Theatre, the Cleveland Shakespeare Festival, but definitely also WIT. One of my few regrets about moving to Cleveland continues to be losing touch with the WIT community.

DC’s just a really interesting environment for improv. The class I ended up in happened to be a mix of DC journalists, Congressional staffers, economists, and otherwise very important, serious people, all loosening up and letting out fart jokes and silly puns. I think one of the problems I’ve always had as a self-identified smart person is getting close to my fellow self-identified smart people without feeling like we’re jockeying for status. This is especially true for people who fit the buttoned-up stereotype of DC where conversations start with “Who do you work for?” I think the reason improv is so attractive to people in DC is that it’s designed to break barriers like that down really quickly.

WIT is a really great complete ecosystem for improv. It’s ironic that an art form that’s all about improvisation should require a lot of institutional support, but lots of DC people come into the scene having spent their lives in school and in institutional environments, and need some help learning to loosen up. I really like that WIT sets out a clear path for taking classes, starting to perform, forming a troupe, etc. so that the ladder from total newbie to improv geek never feels like too steep of a learning curve.

There’s never been a better time to support WIT. Through April 1, every donation you make will be doubled by the DC Commission on the Arts and Humanities.

Even better: Become a monthly donor. Sustaining gifts are the key to WIT’s continued success.