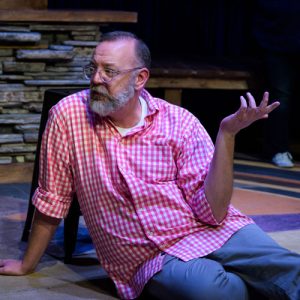 “Starship Odyssey” Costume Designer Bill Nelson: “I never want a costume piece to limit what could be discovered onstage”

You might know Bill Nelson as a member of WIT’s Harold team Out Sick. But by day, Bill is a costume designer with years of experience, currently working at the Washington National Opera. He has lent his costuming expertise to the production of Starship Odyssey: The Final Mission by designing some jaw-dropping crew uniforms and alien garb. We talked to him about his career in theater and the process for outfitting the denizens of Starship Odyssey.

You have a history in theater — what were you doing before WIT?

I started in the theater at a very young age. My hometown had a very dedicated and well-supported childrenʼs theater. In college I entered a bachelor’s program that required education in every aspect of theater including acting, directing, choreography and dance, costume, scenery, and lighting. It was a great springboard into grad school where I got an MFA in scenography —  a study of theater that combines costume, scenic, and lighting design. I moved to DC to focus on costume production at the Shakespeare Theater and eventually at the Washington National Opera were I work now. 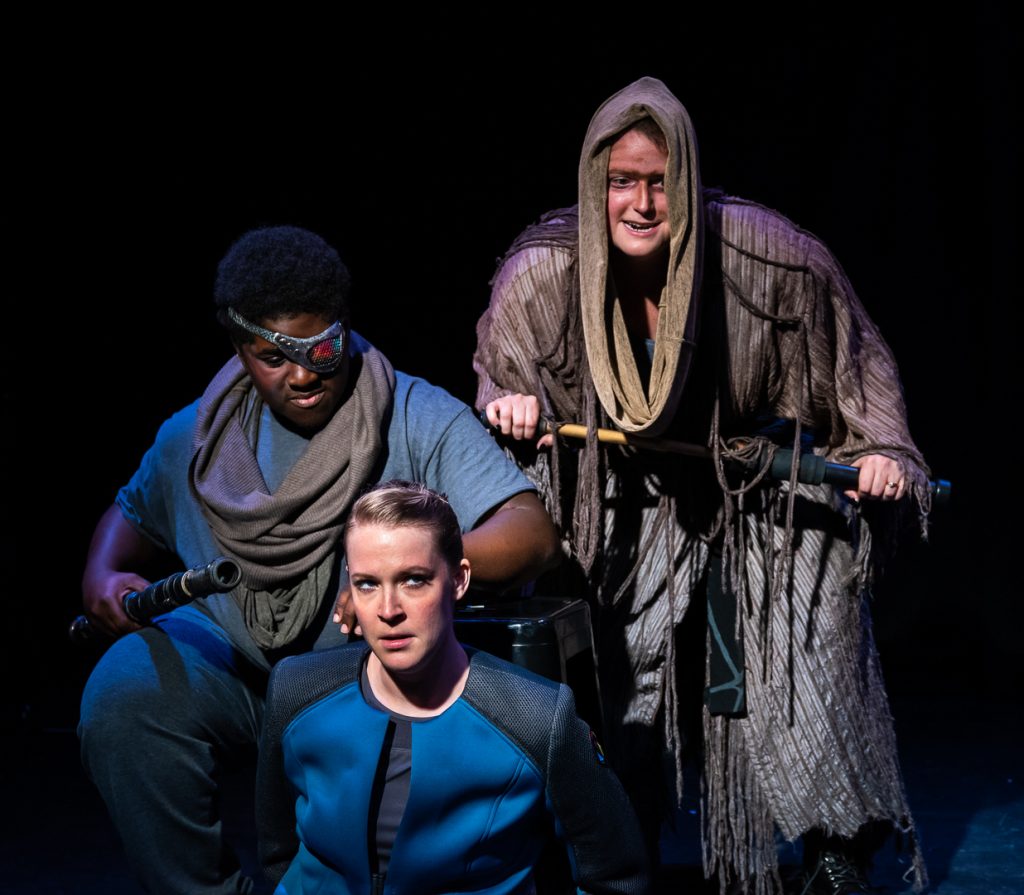 What do you love about costume design?

There is this moment during a fitting with a performer when they are completely dressed and accessorized, theyʼll look at themselves in the mirror and you can see the character settle into them. The costume is often the final element that the performer needs to really feel the character come to life. It is a split-second moment, but it is really satisfying to witness.

You’ve said that seeing a WIT show is what inspired you to return to acting after a 25-year hiatus. What show was it and what about it struck you?

By choosing costumes as a job, I had essentially made my hobby into my career — a move that can set a shelf life for either your career or your hobby. I had tried a long list of new hobbies including book-making, paper crafts, soap making, knitting, purler beads, but really everything I tried was just a creative cousin to what I did for eight hours a day. They required the same part of the brain, and I needed to activate some other part. I saw a WIT and Story District collaborative show during this time when I was searching for new avenue of creative expression. As I watched, I reconnected with the feeling of being onstage, with a cast, making something in front of an audience. It became clear that improv could be the thing that could scratch and tickle my brain in the way I had been searching.

What sci-fi works inspired you for these costumes?

Early in the process, I limited my research to ship-based sci-fi like Battlestar Galactica, Space: 1999, Hyperdrive, Alien, The Orville, all three iterations of Lost in Space, and of course anything with Star Trek in the title.

Do you consider yourself a sci-fi fan?

I thought I was an average sci-fi fan with an average level of knowledge. Then I caught myself saying things like, “Neelix is a chef because as a Talaxian he has more taste buds than anyone else on Voyager.” When nuggets like that were met with glazed faces, I realized, “Ooooohh itʼs me… I AM a sci-fi nerd.”

What were your goals for these costumes?

The first goal was to put together a crew. We needed a uniform look that would be comfortable, flexible in use, easy to maintain, and would look good on a diversity of forms. The neoprene and mesh fabrics selected have really worked so well towards these goals. Secondly, I wanted to create alien looks that would be suggestions not dictates. I wanted enough design to inspire the improv but not so much that the cast felt trapped by pre-made ideas. I never want a costume piece to limit what could be discovered onstage.

Do you have a personal favorite among these costumes?

I am pretty proud of the uniforms. It took a lot of thought, time, planning and energy to produce 15 of the same thing. And after seeing them on the cutting table and under the sewing machine for so long, they lost their charm for a bit. But now that the show is open, Iʼll see someone standing at attention onstage and think, “That is a sharp looking officer over there.”