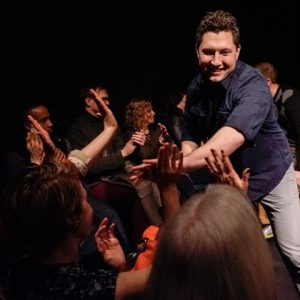 Connect with WIT’s vibrant audience by sponsoring our season

As D.C.’s home for longform improv, Washington Improv Theater delivers dynamic live performances that are as hilarious as they are unpredictable. Our 21,000 annual audience members skew toward young, social professionals. Our community of students, performers, and audience members are socially active and come from all over DC as well as the Maryland and Virginia suburbs.