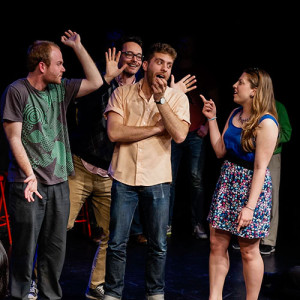 Take the Quiz: Are You a Pirate, a Robot, or a Ninja? WIT welcomes 23 players to the Harold team program

The first opening act on April 21 will be the WIT project Extra! Extra!, created by WIT player Greg Tindale. This show uses current events as a springboard for a montage of improv scenes.

As always, Harold Night will remain a pay-what-you-can performance. If you would like to support Harold Night and keep it accessible to everyone, consider donating to WIT.

Every donation we receive this spring will be doubled thanks to a grant from the DC Commission on the Arts and Humanities.