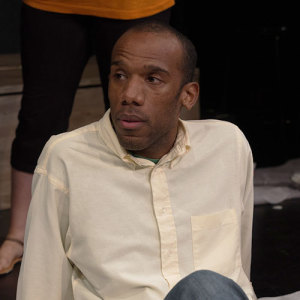 Ian Farley began taking WIT classes in 2010 and found the principles of improv dually applicable to performance and life. At that point resistance was futile.

As a member of the indie troupe Press Play, Ian has had the opportunity to learn and perform long form improv in cities like Boston, Austin, New York, and Chicago. He completed the WIT curriculum in 2012 and subsequently joined the his first WIT Harold team, Gone Baby Gone. He is also a former member of the WIT Harold team People Like Us. As a WIT instructor, Ian hopes to encourage the principles of support and discovery that make improv and life fun.

“Ian was a great guy and knew what he was doing. He was very organized with the class structure.”

“Ian sent out lesson plans with goals each week. He took copious amounts of notes and provided very detailed feedback.”

“Ian was very accessible which was nice.”