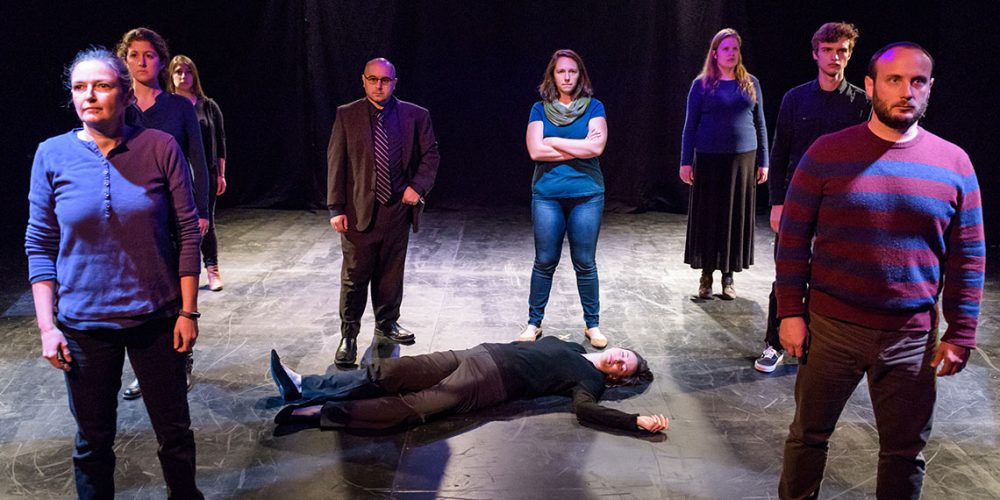 Richie: God Rest Ye Richie Gentlemen
The members of Richie strive to show the audience the fun in everyday slices of life. Though you’ll see scenes taking place from the living room to the zoo to the moon, and a cast of characters ranging from the austere Southern gentleman to the political activist crocodile, you’ll always find a character you can relate to and relationship dynamics drawn from real life. Richie plays it patient and embraces the ordinary, but never shies away from the silly, the sacrilegious, or the sassy. Nurtured by the loving arms of Washington Improv Theater and the DC improv scene, Richie always bring an honest performance, high energy antics, and a side of drama.
Cast: Cassie Barnum, Zach Beattie, Erica Geiser, Molly Graham, Adam Koussari-Amin, Kevin Mahoney, Aaron Merrill, Katie Ozog 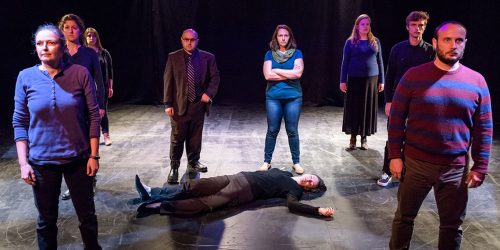 In an ordinary small town, a murder rattles a close-knit community. Everyone is complicit... even you. Read More 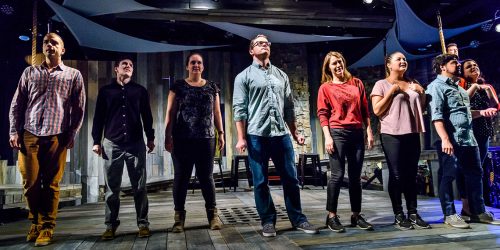 The members of Richie strive to show the audience the fun in everyday slices of life. Read More