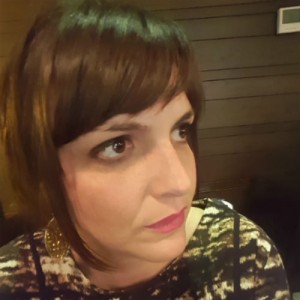 Lauren was born in Chicago and has been improvising at life ever since.

Painfully shy as a child, Lauren only recently started truly believing in her ability to make people laugh. She has spent many a night in a comedy club audience, supporting friends (and friends of friends alike), wishing and hoping that maybe she, too, could one day do the ‘prov. She worries that she just wrote a run-on sentence and hopes you won’t notice, but she’s about as subtle as a gun.

Lauren holds a degree in Sound Engineering from Columbia College Chicago and works in finance for a bustling creative agency in Logan Circle. She is equally as confused about that as you are, but she’s a woman of many talents. In her spare time, you can find Lauren singing (but not really knowing the lyrics), spending as much time outside as possible, taking pictures of stuff, daydreaming, and just being great.