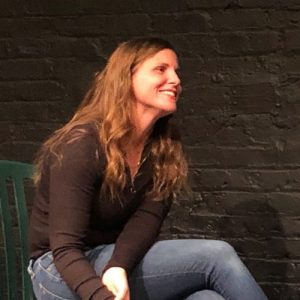 Jo Scott has been writing and performing comedy for over 12 years.

Currently in DC, Jo coaches the WIT team Nox! and is over the dang moon about it. Jo can be seen in Second City’s She the People at Woolly Mammoth Theater this winter. If you’re not in DC, you can catch her on Adult Swim in Joe Pera Talks With You.