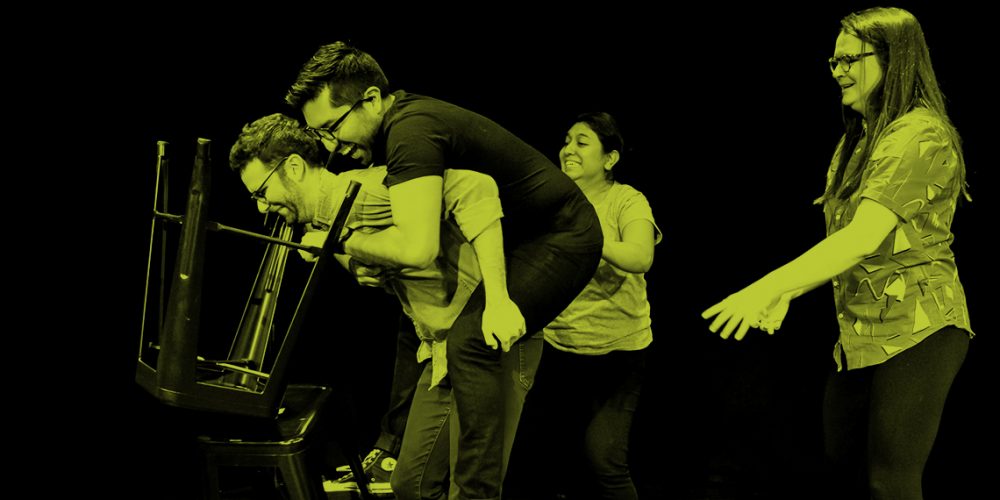 What’s fun to YOU? with Erick Acuña

Remember when you didn't know any improv rules so you just had fun? Reconnect to your sense of fun and apply it to your new skills

Accents for Improv: Scottish & Russian with Sarah Nichols Top of the Scene To You with Jordana Mishory

ABOUT ERICK
Born and raised in Peru, Erick learned that the language of improv is universal. Erick believes that no matter where we come from, we all can improvise. At the end of the day, improvisation is not scripted, and nor is everyday life

Erick is a Peruvian comedian and writer. He studied in 2010 at Ketó Improv Theater in Peru, and after moving to the US he completed both Washington Improv Theater’s (WIT) and New York’s Upright Citizens Brigade’s programs. He has also completed the Comedy Writing program at The Second City.

Erick performs at WIT with The Broken Bones (2019 FIST’s winners), Poetic Resistance, The Interview, Improv Actually, and Bring Back the 90s. He directs WIT’s rock musical Heavy Rotation. In addition, he performs with indie teams Press Play, Captain PhD, Couch Money, Sábado Picante, and Latinx States of America; as well as Who Did It? at Dojo Comedy. He has also written and performed the one-person show ‘Acuña Acuna’ (2019 Capital Fringe’s Best Show) and the musical ‘Quad Side Story’. You can find out more at erickacuna.com