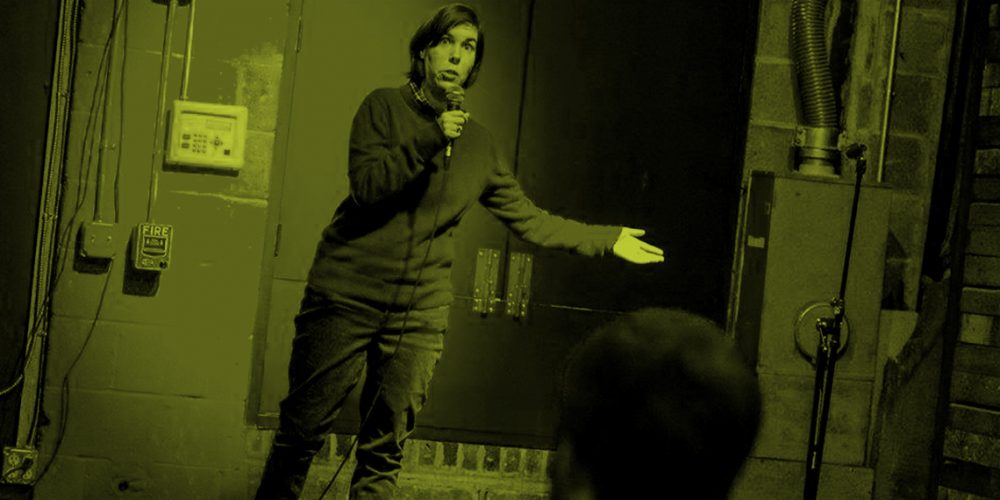 Put together your first 5min stand up set and learn the fundamentals of writing and performing comedy.

If you are curious about stand up comedy or even the process of writing a joke, this class is for you! Over four weeks you will find your comedic perspective and gain more confidence in translating ideas to a stand up comedy performance.

This class will go over the fundamental techniques for developing joke ideas, writing a standup set, and creating a “tight five” minute comedy set you can use in open mic and curated comedy shows alike. You will collaborate with your teacher and class to polish your jokes and work on timing.

By the end of class you will have a five minute set to perform. You and your classmates will have a virtual standup showcase to celebrate and laugh together.

ABOUT STACEY
Stacey Axler has been interested in comedy since watching an episode of Everybody Loves Raymond one night in 2001.

Her current project is a podcast called Now Entering Dreamland. She discusses dreams, sleep, and everything in between, often with other comedians.