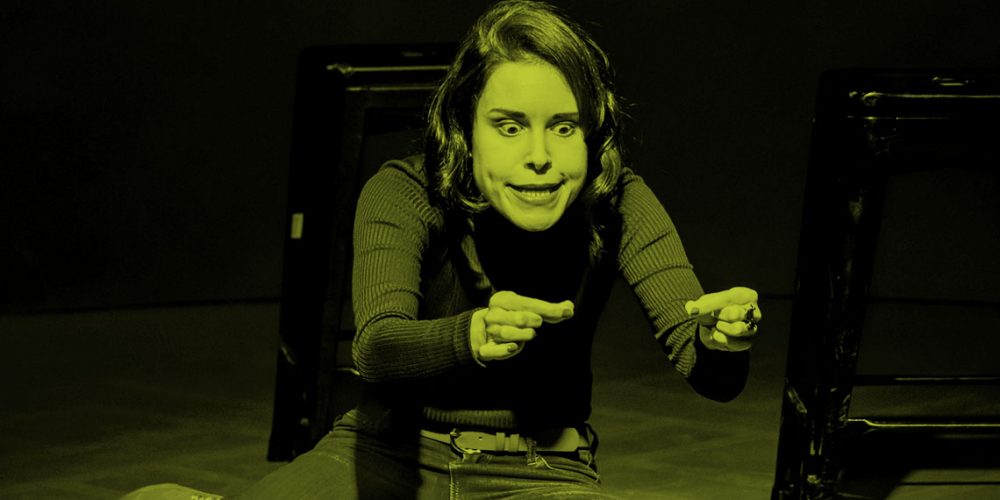 Explore bigger emotions and bigger physicality to create characters that are larger than life.

Do you usually find yourself in the realm of kings, queens, cowboys and other predictable characters in your scenes?

In this workshop you’ll create characters that hold onto perspective, have consistent reactions and develop patterns of behavior. You’ll expand the depth of these characters by exploring bigger emotions and physicality, ultimately unlocking your potential to create a variety of characters.

Note: Register for this workshop AND Creating Characters Through Voice at the same time to get a 30% discount!

Jenna Hall currently plays with the indie team The Female Accent, as well as WIT ensembles Hellcat and Nox! She’s also a proud member of Childish Things, winner of the FIST XI Championship. If you see her on stage, she’ll probably be doing something weird with her face and body.

Originally from La Plata, MD, she has been told she has a southern twang, despite Maryland being a mid-Atlantic state. Here is a random list of things she loves: fat animals, watching Frasier on Netflix, nu-metal, the YouTube clip of John Travolta messing up Idina Menzel’s name at the Oscars, prairie dogs on Instagram, the theme song to Hangin’ with Mr. Cooper, Keanu Reeves, whispering the word “tits” at the end of the song “Merry Christmas Darling” by The Carpenters.